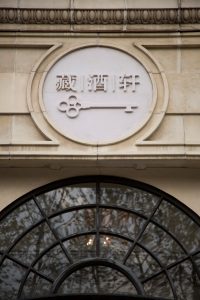 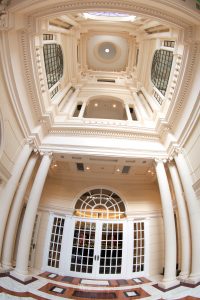 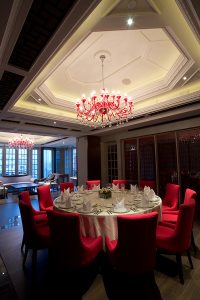 The tree-lined streets of Shanghai’s exclusive French Concession are an oasis of calm in an otherwise frenetic city. Created in the nineteenth century, the district now boasts some of the city’s finest restaurants and most innovative bars. As of 2013, it’s also home to the Wine Residence, created by ASC Fine Wines.

“It’s a flagship for us,” says CEO John Watkins. “We wanted to make a statement and have a place where we could display our entire portfolio.”

It’s certainly impressive. The 6,500 square-foot building, with its elegant cream façade, was originally conceived as the clubhouse for nearby apartments. The project began in 1996, but ran into trouble during the 1997 Asian currency crisis. The building was vacant until 2012, and then under-utilised.

Today, it’s a showpiece. On the ground floor is the wine, from first growths to Penfolds. The choices are conservative – everything here is auction grade, rather than daring or individual. Anyone can buy wines here. 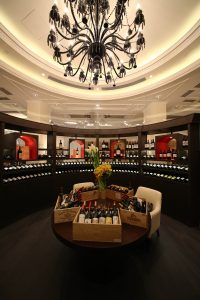 But only members can enter the elevators and be whisked to an exclusive world of private dining rooms, function rooms and quiet bars. Members enjoy private tastings, wine and food pairing events, banquets or just discreet dinners, where total privacy is assured.

“The way we make it commercially viable is to sell membership, and that includes member storage, events, fine dining and direct sales of wine,” says Watkins.

“We have five levels of members, starting at 75,000RMB ($12,000),” says Watkins. “You have access to all the facilities and you get certain levels of discounts on our wines.” The money is a form of pre-payment that’s credited to the member’s account; any wine they buy or dinners they enjoy are debited. “At the next level, $24,000, you start getting storage.”

The temperature controlled, secure storage is below ground level, in a space originally meant for a swimming pool, remodelled in marble and wood. “If you’re having dinner somewhere, we deliver the wine there and so on,” says Watkins.

Watkins says the Wine Residence has already hit its membership targets for the year. “Next year we anticipate that we’ll get to the level where we cap membership. Then we’re at a point where it’s breakeven or better,” he says. “To supplement that, we do weddings – there are 160,000 weddings per year in Shanghai – and work with luxury houses, to provide a unique platform to do product launches and corporate events.”

This is the third time ASC have created such a facility. Their first was in Beijing in 2010, which they’re closing at the end of this year, “because the landlord raised the rents to a level that wasn’t commercially viable,” says Watkins, adding that the company is looking for another venue. “It’s the same story in Hong Kong, which we closed at the end of last year for similar reasons.”

Yet ASC is actively looking to open similar venues in other cities. Rent is the critical factor in a venture like this – generating enough membership to cover the cost of prime real estate without compromising the experience is clearly a challenge. But if ASC can get the mix right, they will have created a wine lover’s dream. 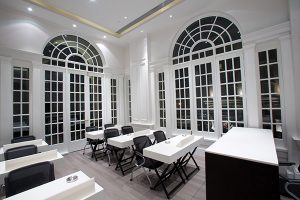 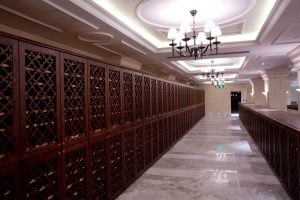