Wine tasters are well known for creating elaborate descriptions about wine. But tasters in other areas of the beverage industry are expected to identify the specific molecules that create particular characters. A new product could bring wine into line with other industries, finds Felicity Carter.

The first Aroxa capsule opened in the Meininger’s office was 2,4,6-Trichloroanisole, otherwise known as cork taint. After some of it spilled onto a desk, it took more than two days for the smell to dissipate. Nobody in the office will ever fail to recognise cork taint, ever again.

Which is the point of the system.

Created by Dr Bill Simpson of Cara Technology, the Aroxa capsules are designed to teach wine professionals how to identify specific flavour and aroma compounds.

Wine aroma kits already exist, but these are usually vials of oils impregnated with fragrances. Dr Simpson thinks it’s a mistake to teach wine professionals to identify vague smells like ‘roses’ or ‘carnations’; he thinks it’s better that wine tasters can identify the chemical ‘geraniol’, the name of the molecule responsible. So he’s developed the ‘Uno System’, which comes in a box of ten capsules that represent the most common taints and flavours that a wine professional is likely to come across. Each capsule contains a purified form of the molecule responsible, and using them is a simple matter of pouring them into wine.

His aroma kits have already revolutionised the beer trade – and they could have similar implications for wine.

Up until the mid 1990s, beer professionals worked much the same way as wine judges. They tasted and smelled beer and then pronounced that it had ‘sweet corn’ or ‘spice’ characters. “People would describe beer the way a novelist might,” says Dr Simpson, who joined the brewing trade at the start of his career. “They didn’t like to use the same word twice, so the character would be rose one day, and carnation the next.”

This was a problem. Branded beer had to taste the same wherever it was sold, regardless of whether it was brewed in Amsterdam or Sydney. But beer judges in one country were using different descriptors to the judges in another, making it difficult to standardize the product. The different language “doesn’t help you if you’re trying to work to make a production process repeatable, or you’re trying to fix something that’s gone wrong in the process,” says Dr Simpson.

In 1995, Dr Simpson developed the technology to isolate individual aroma compounds. He could do this because the chemical world is thrifty, using the same molecule to create the same smell, wherever it’s found; the floral scent in some red wine comes from the same compound – geraniol – found in carnations, roses, geraniums and Turkish delight. This means that once the relevant compound is isolated, it can be stabilized. Then it can be used to teach people to recognise individual flavour notes.

The first products launched in 1996 and over the next 15 years, the beer industry adopted the technology. “When we introduced the different way of doing things, it would be fair to say that we didn’t completely appreciate how big a step we were taking,” says Dr Simpson. Sensory analysis at the time leaned more towards fiction than fact, with beer tasting panels indulging in poetic descriptions that made their assessments relatively meaningless. Today, beer tasters no longer wax lyrically about banana aromas. Instead, they have learned to call the banana or pear character ‘isoamyl acetate’.

The beauty of this approach is that it’s objective, because it’s easy to test whether a given taster really can detect a particular molecule. During training, beer tasters are given different samples of the same drink, to which small amounts of different flavours have been added. The taster is then required to identify the unknown flavor. “For many years, we’ve run performance assessment schemes for tasters,” says Dr Simpson. “We’ve evaluated the performance in blind tastings of more than 6,000 to 7,000 people. Close to a million individual samples have been assessed in those schemes over the last 10 years.”

With training, most tasters can improve their scores. The average trained assessor can correctly identify flavour compounds 85% of the time, with the best tasters getting it right 100% of the time. This means that beer assessors across the world are now working in harmony, describing aromas and flavours in such a way that their international counterparts know exactly how the liquid should smell and taste.

Aroxa sensory analysis kits already existed for beer, beverages and water (which can be contaminated by off-flavours), so moving into wine wasn’t difficult. The attempt to isolate wine compounds was made easier by the industry’s large repository of technical knowledge that exists thanks to research done by such bodies as the Australian Wine Research Institute.  Indeed, a search of the wine literature quickly revealed compounds new to beer, such as 2-isobutyl-3-methoxypyrazine (2-IMP), the ‘bell pepper’ character of Cabernet Sauvignon.  “Most of our tasters have been tasting beers for 10 or 15 years and we’d never once found that compound before,” said Dr Simpson. “But once we became familiar with it, we would find it in some unexpected places.”

Tasters can be completely ‘blind’ to a character until it’s pointed out to them – but once they’re aware of it, their sensory range widens.  “When expert wine tasters are introduced to the objective way of tasting, it doesn’t diminish what they can do, it adds to it,” says Dr Simpson. A wine judge who knows something about flavour molecules, he argues, is a wine judge who can tell important things about how the wine has been made, and how it will develop. Dr Simpson uses the example of 4-vinyl-guaiacol, or 4-VG, found in Gewürtztraminer. “An expert non-technical taster will call it ‘carnation character with spicy edge’. In beer, we used to describe it as ‘clove like’.”

Knowing about 4-VG makes it easy to identify the varietal. More importantly, 4-VG breaks down in a characteristic way, changing to a vanillin note. “So if you understand the impact this specific character has, you can not just get some idea about the age, but how it’s been aged,” says Dr Simpson. In other words, because 4-VG breaks down in a predictable way, an expert taster can accurately assess the state of the wine, and its likely ageing potential.

At the London Wine Trade Fair, Marc Allgrove, the CEO of Chapel Hill, described a terroir project taking place in Australia’s McLaren Vale. It has created a geological map that’s identified 19 sub-regions, and work is being done to see if the wine produced from each sub-region is distinctive. “Each year we get producers to submit one-year-old Shiraz that’s been made with a limited amount of oak,” he says. “We group them by sub-regions and invite the community to taste the wines and make notes.” The hope is that the project will eventually identify what’s unique about the wine produced from each sub-region. “Then you could take it to the next step and investigate if there’s a specific compound.”

He’s not sure if it would help if tasters could already identify specific molecules. But it’s possible that if tasters were working with a common, objective set of flavour criteria, they could analyse the terroir more quickly and precisely.

Then there’s the question of how wine is discussed internationally. Jeannie Cho Lee MW once wrote an article for Meininger’s Wine Business International, lamenting that Asian wine students were being forced to learn an unfamiliar flavour language, on top of their wine studies. “So far, much of wine education in Asia is about memorizing names, terms and descriptions – like blackcurrant and cigar box – that are familiar in the West but have limited relevance to the local Asian culture,” she wrote.

Dr Simpson says that using the language of molecules could solve the problem. “Instead of one person saying ‘grapefruit’, another saying ‘citrus’ and someone else saying ‘orange’, everyone would say ‘linalool’,” and then discuss intensity. “It would make it easier internationally if people used the same language rather than relied on descriptors that arise from their particular flavour experiences and cuisine.”

Karen Douglas, director of education for the WSET London Wine & Spirit School, is dubious that teaching people chemical names will help bridge the cultural divide. “We know that one person’s strawberry is another person’s raspberry,” she says. “We recognize that. They are describing an aroma that can be attached to black fruits.” Douglas had not encountered Aroxa, and was therefore only speaking hypothetically. But while she was open to the idea of testing the kit, she says that her main concern would be that tasters would learn a language that would distance them from consumers. “We’re training people to communicate with the customer rather than between themselves,” she said. “Talking about chemicals among experts is fine, but the consumer needs something that’s more widely understood.”

Douglas adds that the systematic approach used by WSET helps tasters with more than just flavours and aromas; they are expected to build a picture of the wine in its entirely, describing such elements as the level and nature of the tannins, the acidity, the finish and the complexity. “We actively discourage people from becoming too poetic,” she says. “If the wine is simple and fruity, then people understand what that means. Trying to give them a shopping list of various fruits makes the wine sound better and more complex than it is.”

Dr Simpson argues that a taster should first know the real name of the compound, and then find a way to convey it to their local audience. “Every person, wine expert or not, has a statistical chance of being blind to any one flavour,” he says. Take ß-ionone, the compound that produces a violet smell. “It’s very distinctive but, technically, 50% of the population is completely blind to it,” he says. “Think of the consequences of that for a moment. If you’re a wine writer and you’re describing the beautiful aroma of violet characters, wouldn’t it be helpful to know that 50% of the people reading your elegantly-crafted prose will be unable to agree with you?” That’s why each flavor compound in the tasting kit is accompanied by a graph that shows the spread of sensitivity to a compound through the population. More importantly, the molecular approach can answer a big question: are wine tasters describing something that’s actually present in the wine? Only a systematic approach can sort that question out.

If his system is adopted in the wine trade, it’s likely that some tasters will be revealed as lacking in discrimination, with serious career consequences. And tasters will still need to know how to describe elements such as tannins. But those who can be trained will discover a whole new world of flavours and aromas opening up to them, which they can then convey to consumers in as poetic a way as they like – confident that what they’re smelling and tasting actually exists. 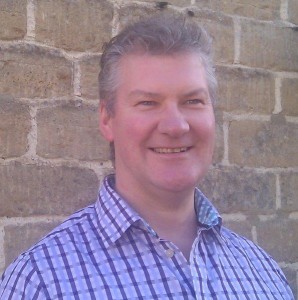 “I recognize that what we’re doing is challenging. But it has the potential to add a lot of value.”
Dr Bill Simpson, founder and managing director, Cara Technology